By late morning I was getting irritated with all my kids. Rebecca decided that nothing was going to make her happy and she did nothing but whine about anything and everything. Clearly there would be no pleasing her today. Alexander is the most un-self sufficient kid out there — and was expecting me to do everything for him. Don was grumpy-grouchy and being a jerk. We had no plans for the day and I, myself, was seriously wondering how we were going to get through.

I was about to write my
List of 10 reasons not to have kids.

1. I would answer to no one!
2. I would take no orders from people under 5 feet tall
3. I would be able to go to the store and back in 5 minutes flat instead of it taking half a day
4. No more Cartoon Network
5. I would have complete control of televisions and remotes, all of them!
6. I would be able to go to the bathroom without everyone wanting to pile in on top of me
7. Clean toilets!
8. No more rooms looking like they have violently vomited toys all over the place
9. I would never have to hear “But thaaaaaaaaaaat’s nooooooooottttttt faaaaaaaiiiiiiiirrrrr!”
10. peace, quiet and sanity….

So Alexander was starting to annoy me and Rebecca was irritating me and I knew that I had to get out of the house and away from them. Well, I ended up being successful on one front… I got out of the house! They both wanted to come with me to the tomato farm, herb farm and bakery. So I let them. (I couldn’t bear the thought of the whining that would ensue my firm “No!”) And, admittedly they were really pretty good while we ran our errands. When we came home I made a nice lunch of salad, sliced tomatoes, French bread, cheese, salami and hummus. They even behaved fairly well through the meal.

After our little picnic was over (we ate outside — had to as it was so glorious out there!) I pitched some balls to Christopher as I had promised earlier in the morning. The problem is I am a terrible pitcher and he is a pretty good hitter. But not good enough to make up for my terrible pitching. We weren’t doing so well today. He hit a few great ones, but he also had quite a few strikes, many foul balls and many complete misses. I told Christopher that he should really play with Daddy or use his pitching machine. (I couldn’t get away fast enough!) But Christopher didn’t want his father. He didn’t want his pitching machine either. “It’s okay, Momma,” he replied when I told him I was terrible (read sucked!) at pitching. “I just want to be with you!”

As I mentioned a few weeks ago my goal this summer is to ensure that my kids have a summer filled with fun, laughter and memories. I want it to be a summer that will resonate in their memories for years to come. I truly hope this is a “Remember When” summer. I think I have done a pretty good job so far.

This morning the skies opened up and the torrential rains plummeted down on the house yard and lawn. It was hard to see much of anything. Looking out the oversized family room windows it looked dark, damp and dismal out there. Part of me was relieved. The kids could be inside. I would even allow some TV. I think we all needed a break from the bright sun. As inviting as a mellow day seemed to me, I knew, realistically, in an hour the kids would be bored, kicking, screaming, fighting, bickering. Suddenly I was filled with a sense o dread. Oh, no! What will we do today? They can’t stay inside all day? And then I thought to myself, why do they have to stay inside at all? Some of my best childhood memories involved being out in the rain and getting so soaking wet and having so much fun! I remember being on Shelter Island one summer weekend as a kid with my friend Vanessa. We had this crazy notion that it would be so much fun to play out in the rain until we were completely water-logged! I also remember having a lemonade stand outside my building on Fifth Avenue. My friend Zoe, who lived 2 flights up, and I had been planning it for a while and we were devastated when it started to rain. We decided we would try to sell our lemonade in the rain! And guess what? We did! And we made so much money and had a blast!

With these memories coming to mind I thought that my kids would all love to be out in the rain. It was early still and they were all in their pajamas. I shouted to them from the bottom of the stairs. I told them to get their bathing suits on, that we were going out in the rain. Well, my kids normally as slow as molasses, were changed and downstairs in a minute flat. We all ran outside together, screaming, jumping, shouting! Next thing I know Rebecca makes a run for the pool, followed by Christopher, followed by Alexander… followed by me! After a while (it’s only 71 degrees out there today) our teeth began chattering and our lips were turning blue so we decided to go inside and warm up. While they changed out of their wet suits I made them warm cups of hot cocoa to enjoy. That was certainly a “Remember When” moment for me!

As Rebecca and her father took off for the ice rink last night I needed to come up with a quick dinner idea that would feed everyone quickly upon her return. Despite ordering groceries the day before it seemed as though my pickin’s were slim. I had some frozen chicken breasts, sausages, and hot dogs (not buns though) and assorted veggies in the freezer. In the fridge I had the fresh crowns of broccoli, a ton of fruit, some scallions, cold cuts, bacon that I had thawed that morning and some assorted cheeses. Nothing too inspiring for dinner. I had some lettuce, but it was arugula and mixed field greens. My kids don’t do that!

Once again I would need to let my creativity take control. Typical of me I have huge amounts of pasta in the pantry. I took out the Rigatoni, got the broccoli, scallions, bacon and some garlic and proceeded to cook. What resulted was phenomenal. (I will post this on the food blog in a little while)

When dinner was cooked I went to check on Alexander who had been pestering me to push him on his swing. He was on the couch in the family room. Sound asleep in his brother’s arms. It was adorable. I should have taken a picture. Instead I carried him up to my bed with the hopes this was not just a late night nap. (It wasn’t!)

I poured myself a glass of chardonnay (a perfect summer wine) and read outside on the back deck.

When my Skater Girl came back I had Daddy plug in the lights under the market umbrella and we were all set for a wonderful dinner al fresco with the cool, yet somewhat humid evening air, birds singing, crickets chirping, cicadas sounding off in the distant. I sat back with my meal and my wine in a state of contentment and relaxation. While we were out the skies started to turn their purple twilight hues and the fireflies started to appear. As the sky continued to darken the little bugs began to light up the sky as though they were busily stringing Christmas lights on a grand outdoor tree. The chirping and cicadas could still be heard. Bats came along dive bombing into the trees — looking for cicadas no doubt. Christopher and Rebecca were running around the back yard shouting with joy, butterfly nets in tow capturing the lightning bugs and setting them free. I read some more and sipped some more wine. Eventually we turned off the lights and called it a night.

Visit my other blog The Entertaining Kitchen 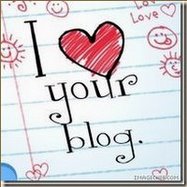